In researching information about Reiki for the third book I had come across some interesting books which opened my eyes to the way Reiki was being taught in the west. The Takata lineage was supposed to have been the only one in the west and that there were no other Reiki masters in Japan after World War II. It seems that information has been incorrect.

Frank Arjava Petter and William Lee Rand write about finding Mikao Usui’s memorial stone in Japan and some of his students who were still teaching in Japan. They also write about the Reiki Ryoho Gakkai the organization thought to be founded by Mikao Usui. In reading the works by these authors I have come to learn that during Mikao Usui’s travels he was a student of Qigong or Kiko in Japanese. His system of healing was originally being used for spiritual healing for oneself and not specifically for healing others. That is not to say that it was not being done but the original intent was for self healing.

Mikao Usui’s original teachings did not use symbols for Reiki treatments and healings but something called kotodama which is translated as spirit words. The symbols came later towards the end of his life and used by Chujiro Hayashi and then Hawayo Takata. I hope to be able to show in my new book the differences and similarities between Reiki and Qigong and how they both benefit the health and well being of anyone who takes the time to learn them. 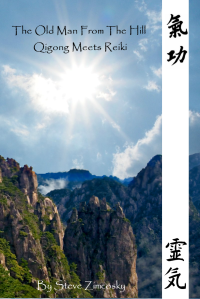